Hello and happy Monday! Yesterday was our first full day of Ri3D, and we were able to make a substantial amount of progress with our robot.

Sunday, our first full day of Ri3D after Kickoff, began with a quick run to the hardware store so that we would have the necessary materials to build mock field elements and continue work on the robot. While we were waiting on parts, the Design and Build subteams began determining exactly how the intake mechanism would work and how to score the cargo in the lower hub. After much discussion, the team settled on using an arm system. Then, the Design subteam worked on how to fit the mechanisms together and determining the appropriate dimensions. We also worked on updating the CAD models to reflect the decisions and changes made that day.

The Programming subteam started pulling in code from the previous outtake system before replacing that with the code for the arm system. Then they worked on putting the entire codebase in a consistent style and adding controller inputs before inserting new documentation.

In the afternoon, once the team had a design plan and as much code complete as possible (without having a driving robot), assisting the Build subteam became the top priority. Members from all subteams worked to assemble the robot and game pieces. We were able to build rungs for the hangar as well as the majority of the lower hub. For the robot’s climbing mechanism, we created hooks and installed vertical supports onto the chassis as well as an axle to help support the weight of the mechanism.

Overall, we had another successful day, and we’re ready to make even more progress today! 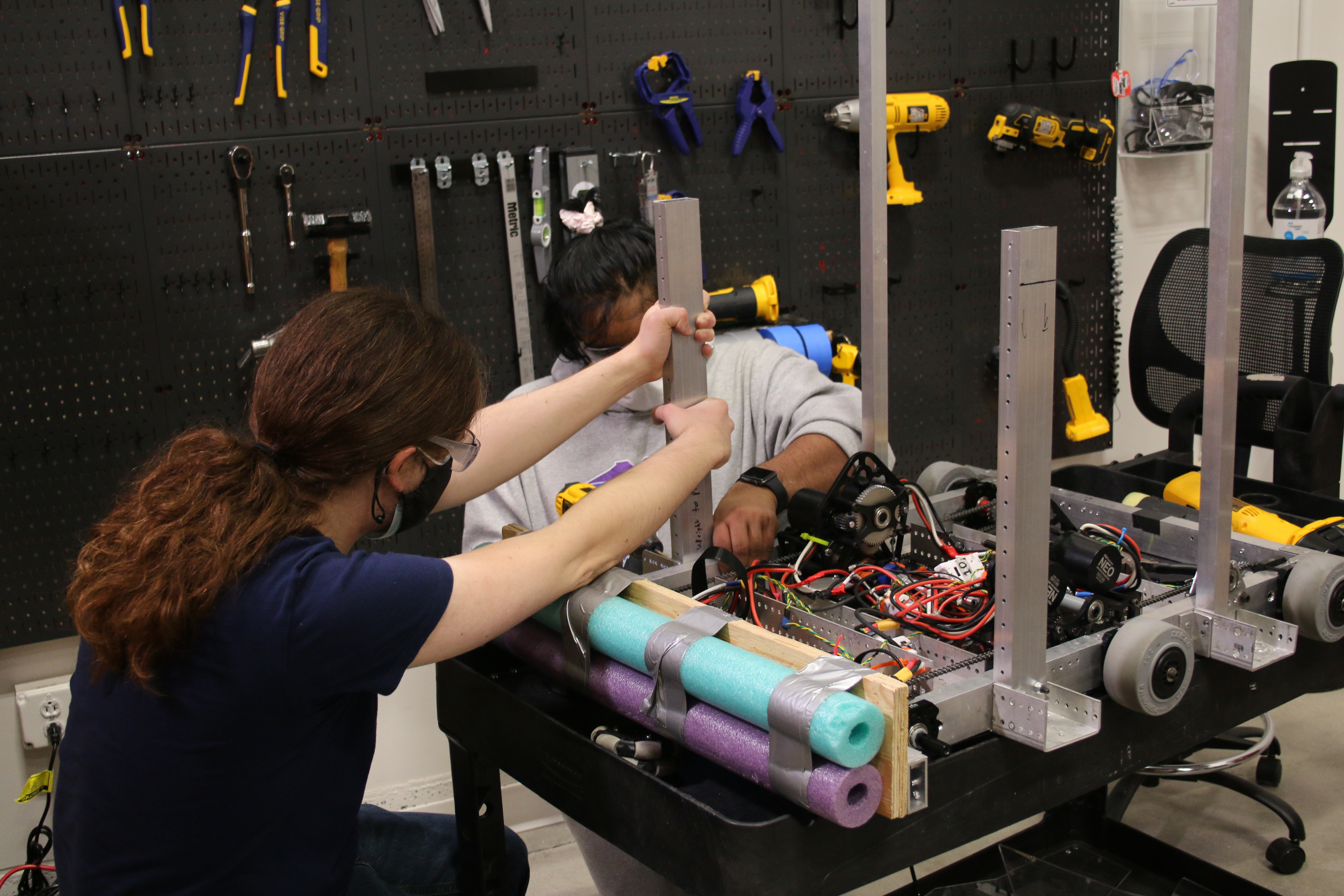